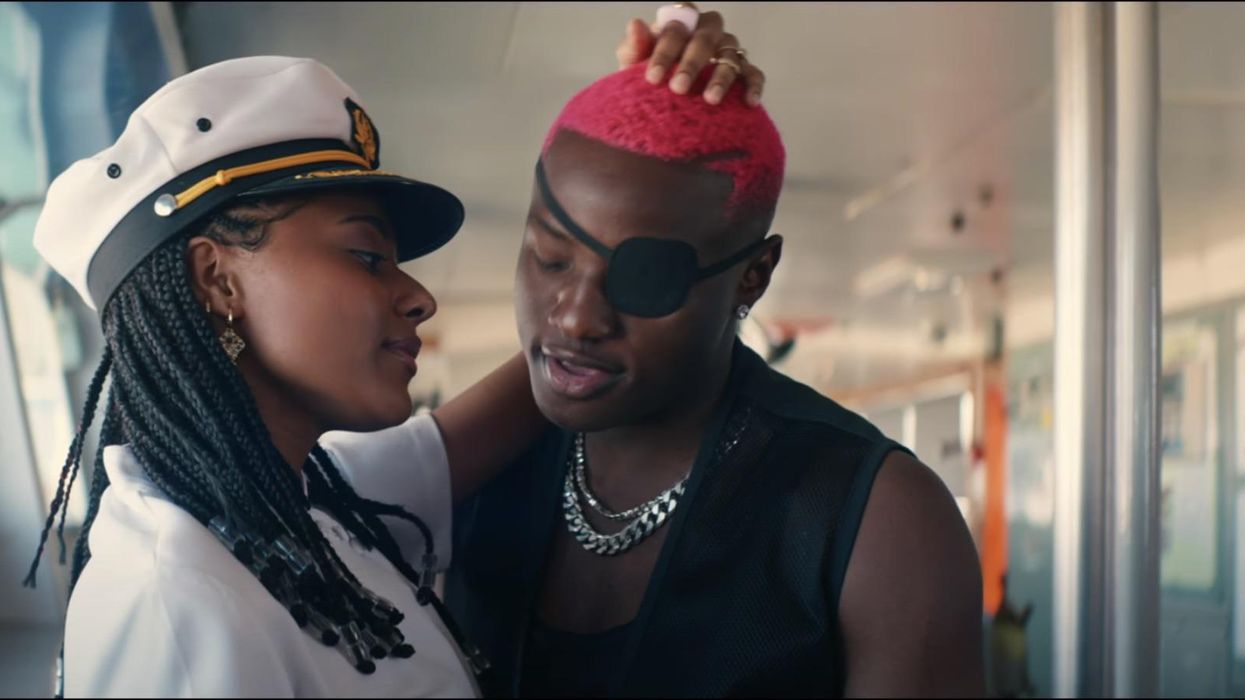 When I first approached Osmane, a Senegalese mantero in Gran Vía, Madrid, he was defensive and avoidant. Systematic persecution keep manteros sharp — handling sales, money and on the lookout for policemen. Osmane is one of the 200 vendors that gather in the streets of Madrid, Spain to offer often counterfeit sunglasses, purses, and clothing. They are commonly known as “manteros” due to their signature practice of spreading their goods over a manta, cloth sheets that can easily be folded into a makeshift bag.

Manteros’ presence represents a dilemma within politics in Spain: while some believe informal commerce is a grave issue in Madrid and other migrant hotspots like Barcelona, others believe that manteros are the result of failed, ineffective, and racist immigration policies. “No one want’s to be a street vendor,” says Malick Gueye, one of the founders of the Manteros Union in Madrid, the organization behind Pantera, Madrid’s first anti-racist shop managed by the street vendors community. “It’s a job that strips us of our dignity and makes us vulnerable to police violence and brutality.”

Most manteros are male migrants from Africa. Many of them have risked their lives through dangerous and often deadly migration routes toward the Mediterranean, fleeing economic crisis, violence, or political persecution. Once in Europe, many undocumented migrants find that getting a regular job without residency papers is nearly impossible in a high-unemployment area like Spain. “I dreamt of the European life. I dreamt of being like any other person that works and makes money,” says Idrissa Touré, a volunteer at Pantera and member of the Mantero Union. “But after arriving in Spain I quickly realized this was only a dream, not the reality.”

Touré migrated from Senegal in 2019, after he graduated as a programmer. His lack of employment perspective in his hometown turned his interests toward Europe. Touré first stopped in Casablanca, Morocco, where he had to work for two weeks before continuing what he describes as a scary, dangerous, and long journey by sea, which ended with his detention in Almería, Spain. After Idrissa was freed, he started looking for a job. “I wanted to work as a programmer. I was good at my work. But my sister, the only person I knew in Spain, told me it would be impossible to find a job without documentation,” Idrissa said. “I had already seen other Senegalese migrants working as vendors, so I figured: ‘Why not me?’” Idrissa never suffered harassment or police brutality, but he did see many attacks against his colleagues.

Malick, one of the union’s veteran activists, wasn’t as lucky. He was born in Senegal and arrived in Madrid 16 years ago. When he first arrived, he noticed he wasn’t only exposed to police harassment while working as a mantero: “Police raids were a constant in our lives,” Malick said. “Lavapies has always had more police presence than any other neighborhood in the city. Our friends were being detained and imprisoned constantly. Some of us decided it was time to speak up.”

Lavapies is Madrid’s most diverse neighborhood: people from more than 90 nationalities and five different continents live in this multicultural microcosmos, where dozens of NGOs have set up offices and community centers that protect the migrant population. The neighborhood was built in the middle ages, but since 1492 Lavapiés has had a long history of standing up against violence and government authorities. In the 1970s, many middle-class Spaniards were attracted to cheap rents and, in the 2000s, it became a neighborhood of immigrants with a strong influx of ethnic small businesses and restaurants. But gentrification is now one of the main causes of police harassment and brutality in the neighborhood.

Deep inside Lavapies and next to some of Madrid’s most well known Senegalese restaurants stands Pantera, a brand and clothing store developed by the Union of Manteros. Their name comes from the Black Panther civil rights movement, and their clothes are made with African textiles and show illustrations made by immigrants living in Spain. The shop workers are volunteers who exchange their work for a contract that could help them speed up their residency papers in Spain and the shop’s profit is used to pay for shelters and for the lawyers that process immigrant residencies.

Pantera is a well-deserved accomplishment after a long history of community activism and organization inside the mantero community. Pantera is more than a shop that will allow street vendors an income to achieve their legality in their adoptive country, it’s one of the union’s most ambitious projects to guarantee independence.

In 2006, Malick started organizing with others to denounce the racism behind detentions and police raids. A group of immigrants, most of them from Senegal, created the Asociación sin papeles de Madrid, an organization of irregular immigrants thought to canalize denounces and build protection networks. “At first we focused on the criminalization of undocumented migrants. The Spanish immigration law puts barriers to migrants because when you enter the country the law does not allow you to work, study or receive training. The only alternative was street vending, and we were being put in jail because of it,” Malick said. “Immigration laws in Spain are discriminatory and they segregate migrants. When you tell someone they don’t have a right to work or study, you are excluding them from society.”

In the documentary The European Dream — made by Baynana, a media company founded by Syrian refugees — journalist and activist Moha Gerehou explains how deeply problematic immigration laws have become in Spain. “The law is based on exclusion, limiting work possibilities, but also educational growth and social acceptance,” Gerehou said. “The most relevant consequence is its catch 22 dynamic: without residency papers, you can’t find a job, and a without a job you can’t get the approval of your documentation.”

Street vendors in Madrid get their goods legally from industrial offices that manufacture imitation products. Manteros resell them with minimum profit. In the Senegalese society, informal commerce and street vending are common. Many unemployed people set up small stands in front of their houses and sell food, clothes, and accessories. In Spain, however, street vendors who operate illegally can face between six months and two years in prison, in addition to fines ranging between 700 and 2,000 euros if caught. “This made little sense, because in Spain theft of an item under 400 euros isn’t punishable by jail,” Malick said. “But selling a counterfeit product worth 20 euros and acquired legally can land you in jail.”

In 2010, The Asociación sin papeles celebrated its first accomplishment: street vendors would no longer face jail convictions, and would, instead be fined. But, by 2015, the citizen protection laws in Spain changed again, and Malick noticed how the Asociación sin papeles started documenting a significant rise in police violence towards street sellers. “Police became more aggressive than ever. There were more and more manteros denouncing broken arms, broken legs, and more violent persecutions,” Malick said. “So we decided to change our strategy, and the Asociación sin papeles became de Manteros Union of Madrid.”

The team has been planning Pantera for years. “At first we wanted to open a restaurant. We would offer food from Senegal and other African countries,” Malick said. “But after the pandemic, we had to adapt to the new reality and we changed the idea to a clothing store.” The clothes promote anti-racist messages, and the most important slogans of mantero activism: “Madrid will be the tomb of racism”, “Institucional racism condemns the manta”, “Rest in Power Mbaye.”

The last slogan references the death of Mame Mbaye, a Senegalese migrant and street vendor that suffered a fatal cardiac arrest in the streets of Lavapies. Police reports narrate that officers found him lying on the ground outside his home and tried to resuscitate him, but various bystanders reportedly claim that officers chased him down from Sol, causing him to suffer a heart attack due to a chronic and undiagnosed condition. This was the version of the events that sparked heavily repressed protests in Lavapies. Mbaye has now become an icon of mantero activism, and a representation of how vulnerable undocumented migrants are: “Mbaye’s death changed the reach of mantero activism. More people became aware of the magnitude of the problem” says Abdou Touré, a migrant from Gambia and volunteer at Pantera who fled his country because of political persecution. Mbaye was just 35 years old when his pre-existing heart condition killed him. He had never been diagnosed or treated because he had never visited a doctor in Spain, his irregular status didn’t grant him access to public health. Mbaye had been living and working as a mantero in Madrid for 12 years, and he was still undocumented.

Self-managed, community-based spaces like Pantera have become fundamental for the survival of vulnerable migrants. Malick managed to get his residency papers five years ago, but his legal status won’t keep him away from activism. “Our survival depends on our strength,” Malick said. “And we are only strong when we help each other out. My community means everything to me. I’m only strong, independent, and safe if my community stands strong with me.” 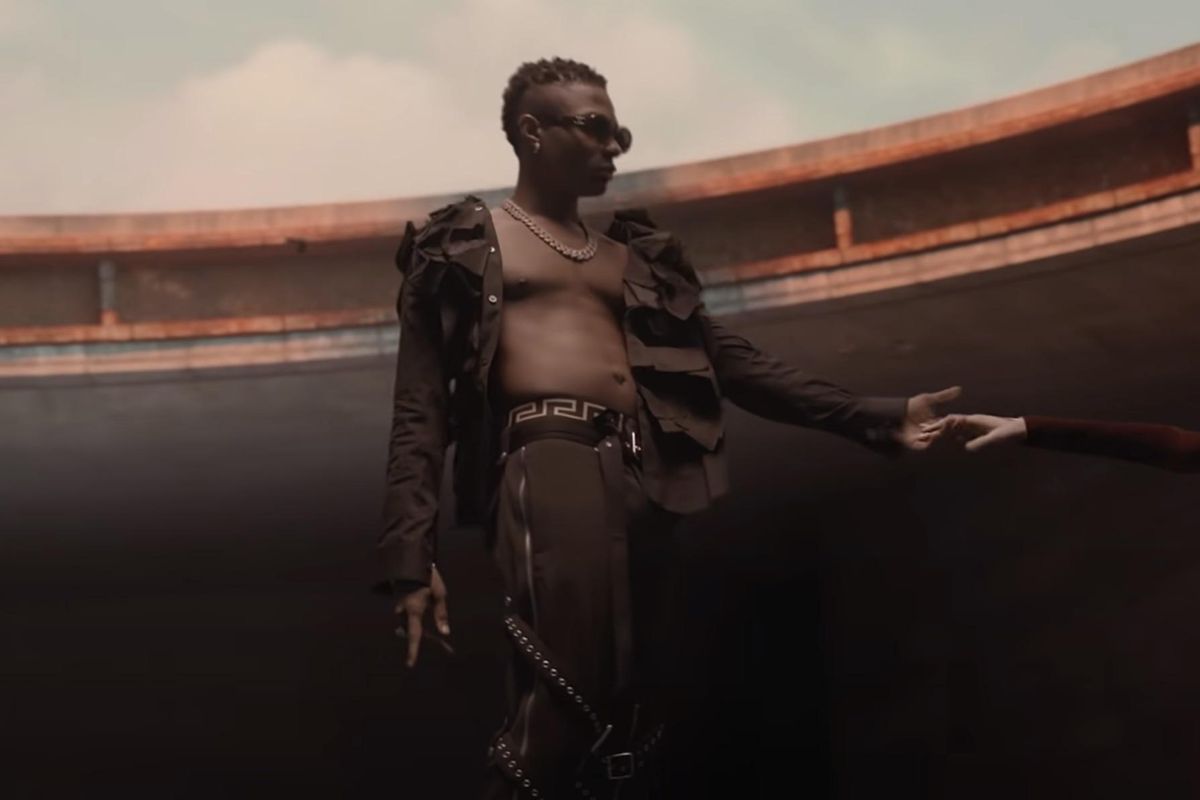