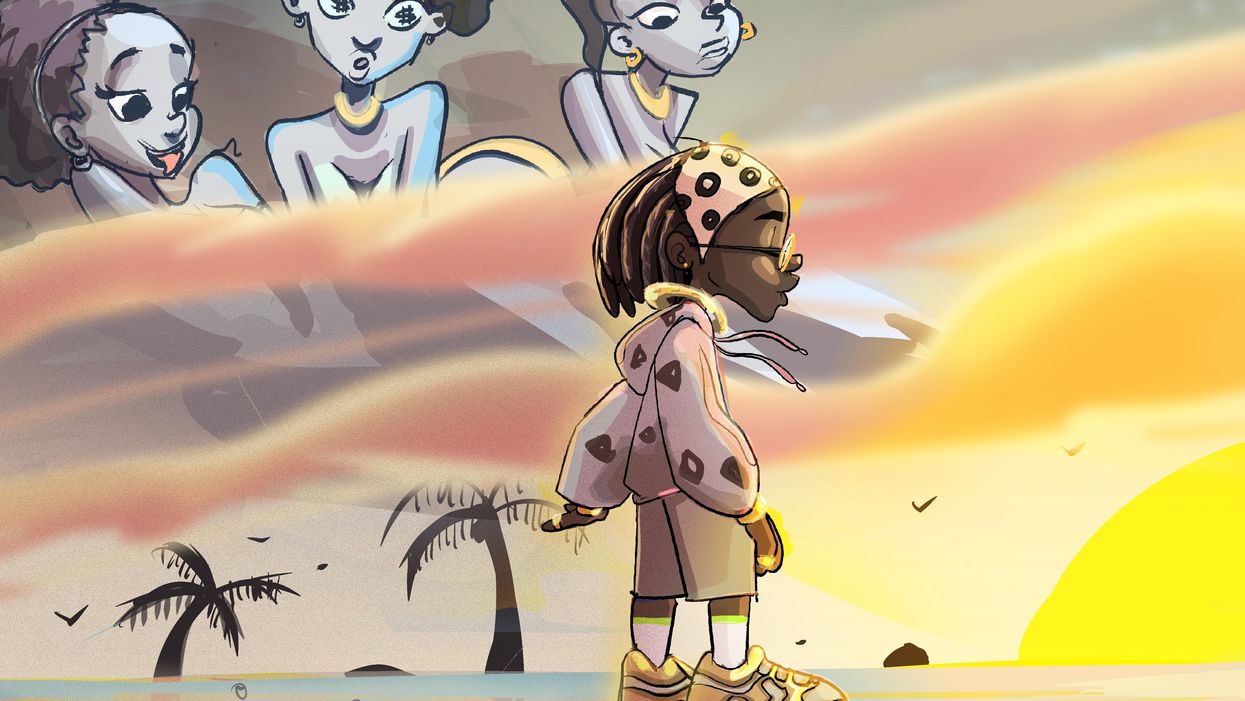 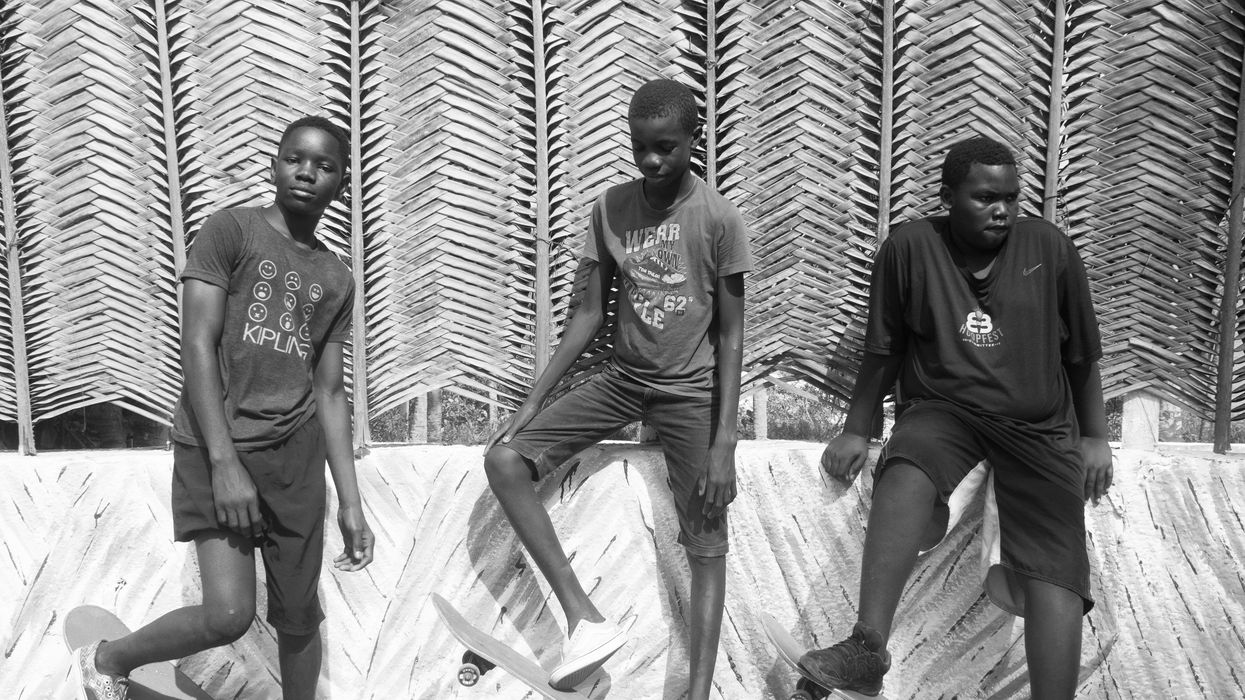 The cover art of Tiwa Savage’s 2021 EP, Water & Garri, features cloned images of the artist leaning on each other. She is wearing a white, full-length Di Petsa dress moistly clinging to her body.

Tiwa wearing Di Petsa wasn’t a coincidence. The Afrobeats star has since ruptured the bubble of the pop-girl dressing that defined her arrival in the late aughts. Her sartorial appetite has broadened, picking up nuances, sharpness and complex interests. In 2010, when Tiwa arrived like wild opium — gyrating in the music video of her hit single “Kele Kele Love” — she had placed her trust in a pink catsuit, cropped jacket, animal print, and clunky jewelry.

Her hair was also in the picture, crackling with character. The style, down to the cutoff shorts, had the shadowing touches of Y2K fashion. Doing pop music was a balancing act, especially for female artists. Singing, dancing, and dressing the part were crucial to shaping a formidable identity in the industry. And Tiwa had already benefited from an overseas ecosystem.

Before moving to Nigeria, the singer had sung backup vocals for artists like George Michael and Mary J. Blige. Her stint on X-Factor UK proved her to be a diamond in the rough. She has always seen herself as one of the girls. Her wispy, cherubic vocals echo influences from Brandy and many other greats.

By Nigerian norms she was decadently corrupt, intent on purging the industry with a scandalous fever. In the candy-colored haze of “Kele Kele Love,” Tiwa used fashion to make a statement of who she already was.

In 2011, Tiwa was nominated for two important awards: the Most Gifted Female Video at the Channel O Music Video Awards and Next Rated at The Headies. She won neither. But those moments tested her creative constitution in the public theater. Can she really sing? Can she really dance? Importantly, will she appear on stage dressed as did in her video? On the red carpet at The Headies, she wore an ivory bodycon gown. It was backless, tailing down to form a v-shape riding above her rear.

Made by Nigerian designer Toju Foyeh, it looked vaguely like a wedding gown. And there’s something to be said about wearing an outfit that symbolizes purity and innocence as a red carpet look, but inverting those sacred notions with flesh and flair. Performing on stage at the Channel O Music Video Awards, she wore a sequined tube top with straps and daisy dukes, upholding the same avatar from the video of her hit single.

Before releasing her debut albumOnce Upon a Time in 2013, Tiwa appeared on plenty of magazine covers. While female pop and R&B singers were often discovered in their late teens and early 20s, Tiwa’s inception of stardom found her in her early 30s. So on magazine covers, she trafficked in her genuineness, already possessing model-ready features and a doll face. Sometimes the makeup or wig looked a little fussy or the pose was awkward. For WOW Magazine, she wore Toju Foyeh, a beige, princess-seam bodysuit, hemmed off by a bejeweled trimming and leaving her thighs flirtatiously bare. For Exquisite, she wore a white tank top and wouldn’t let go of those cutoff shorts, which in Nigeria is casually associated with decadence.

In the early years of Tiwa’s career, Toju Foyeh, a young female designer at the time, was critical in shaping Tiwa’s looks. The Milan-trained designer dressed celebrities, and in Tiwa she found the perfect muse. Their relationship was interesting, as both women were trying to forge a path in different creative endeavors as returnees to Nigeria.

Despite this bond, Tiwa’s taste in international labels was ever present. She wore Esteban Cortazar at the FAB Night Out in 2012, a cut-out satin and bustier outfit that looked both conservative and sexy. In the same year, she repeated Esteban Cortazar at the Channel O Music Video Awards. It was a cut-out satin and chiffon gown, a night she won the Most Gifted R&B Video for the remix of Flavour’s “Oyi (I Dey Catch Cold).” The alignment of dress and victory was exquisite.

Signed to Mavin, one of the biggest record labels in Nigeria, Tiwa was cementing herself as a pop machine while also pushing the limit of what was sartorially acceptable. This proved to be true in her controversial video for “Wanted.” She simulated sex in a nude catsuit, and threw nearly all the goodwill she had garnered from the public into crisis. The condemnation was severe with a public lynching, then a ban of the video on local TV stations.

From a fashion stanpoint, Tiwa in her music videos can’t be splintered from her social life. Not that she attempted to separate them anyway. Around this time was a budding relationship with celebrity Nigerian stylist Remi Fagbohun. At the 2014 Nigerian Entertainment Awards in New York, Remi styled the singer in a LaQuan Smith number, a pouf dress paired with Sophia Webster gladiator heels. While LaQuan Smith is known for making blisteringly sexy clothes for women – bodycons, bodysuits, sensual cutouts — this look didn’t have those trappings. Tiwa’s vampy makeup also provided an elevated contrast to the look’s conservative air.

Amid the good offerings, Tiwa has made some awful fashion choices. Her outfit to perform at a Manchester show in 2014, a playsuit with a white sheer layer and gold sneakers, was jumbled and had nothing to say. During the 2015 Mavin Concert, she worea black spandex jumpsuit, one-legged and one-armed, a red bra cup sticking out. Not only was it thoughtless and tacky, it seriously questioned her status as the label’s First Lady. Days later at the One Lagos Concert, she showed up in a literal sack. Despite having an interesting silhouette and put under the pretext that it was all for her stage performance, it was still criminally bland and uninspiring, making her look like she had just broken out from a prison.

Already a mother and engulfed by a marital crisis, Tiwa withdrew into a private shell. It’s her greatest personal upheaval till date, and in retrospect, it could explain why she was making wardrobe blunders. While her second studio album R.E.D was well-received, there were occasions Tiwa explored herself within boundaries of masculinity: trucker hats, baggy jeans, button-up shirts. She also embraced streetwear and athleisure codes, like the time she was touring the US as a new Roc Nation signee, wearing a jumper and leggings in grayish hues from Jamaican designer Samantha Black.

When she won Best African Act at the 2018 MTV Europe Awards, becoming the first female artist to do so, she was stunning in an off-the-shoulder midnight jacquard minidress from London-based brand Self Portrait. The sculptural detail floating above her cleavage was rewarded with a neckline devoid of jewelry. In that bareness of space was an understated elegance. Her longstanding hairstylist Chyna Bee is an undersung hero, transforming Tiwa’s face with a cropped pixie cut.

Leaving the fishbowl corners of Nigeria showbiz, for the first time Tiwa attended New York Fashion Week the following year. This had bigger stakes, the paparazzi never losing the ability to smell blood. At the Pyer Moss’ show she wore a lightweight tracksuit from the brand that billowed as she walked, and at the LaQuan Smith she went for a sultry feminine touch in a print dress with thigh-high slit. She also reunited with Nigerian designer Maki Oh at her show, wearing a green, off-shoulder jumpsuit with lace details.

As the Nigerian fashion industry began to experience wide-scale exposure, a different spotlight was on the music industry as a result of Afrobeats. Tiwa stood at the intersection, harnessing the dual attention to launch herself into a new kind of mascot. The international press had already coronated her as the queen of Afrobeats. So wearing a Lisa Folawiyo blazer on the cover of a Billboard issue, in all of its native, traditional glory, was much on point.

At 42, the singer has developed the capacity for complex themes through fashion, whether they appear in her music videos as did in 2019’s “49-99″ (class struggle, political organizing), or navigating a colorist world as a dark skin woman. Throughout her style journey, from her bubblegum era of love songs to this moment’s political awakening, her love for cutoff shorts seems unwavering. For the most part she never changed, only grew, and the world adjusted. 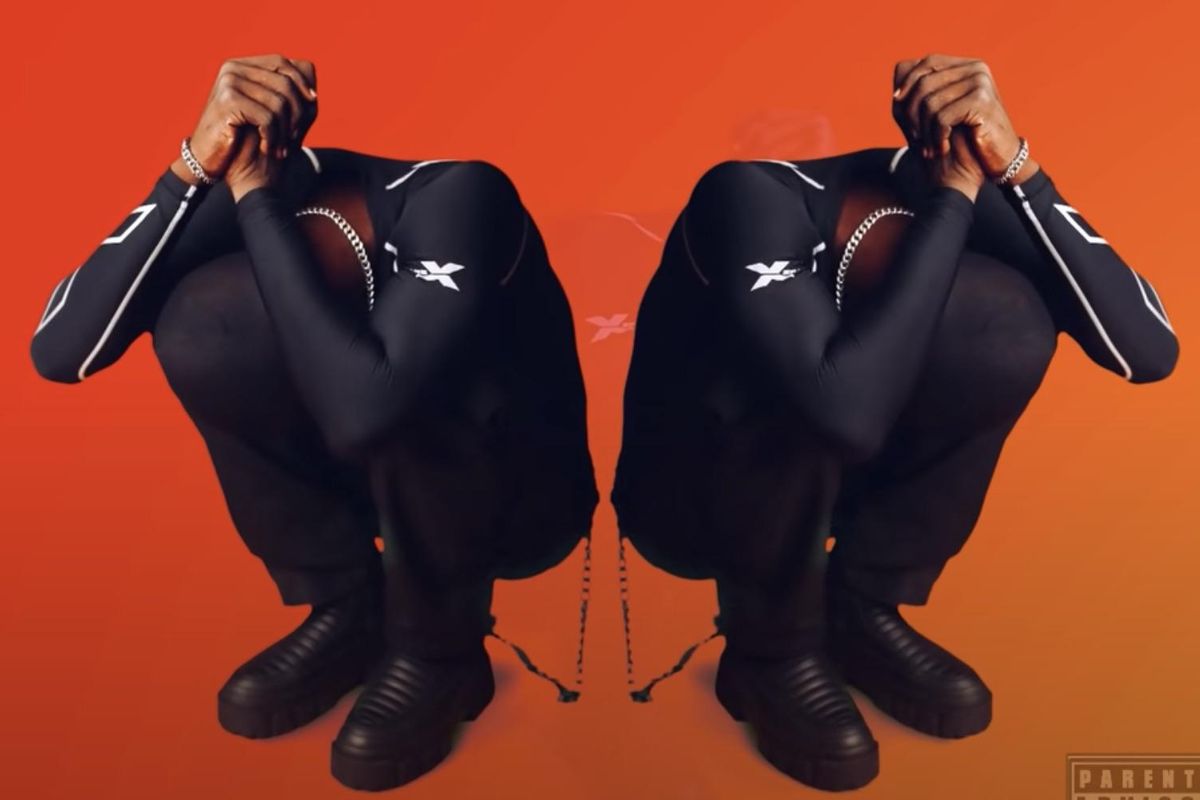 The 10 Best Ghanaian Songs of the Month (April) 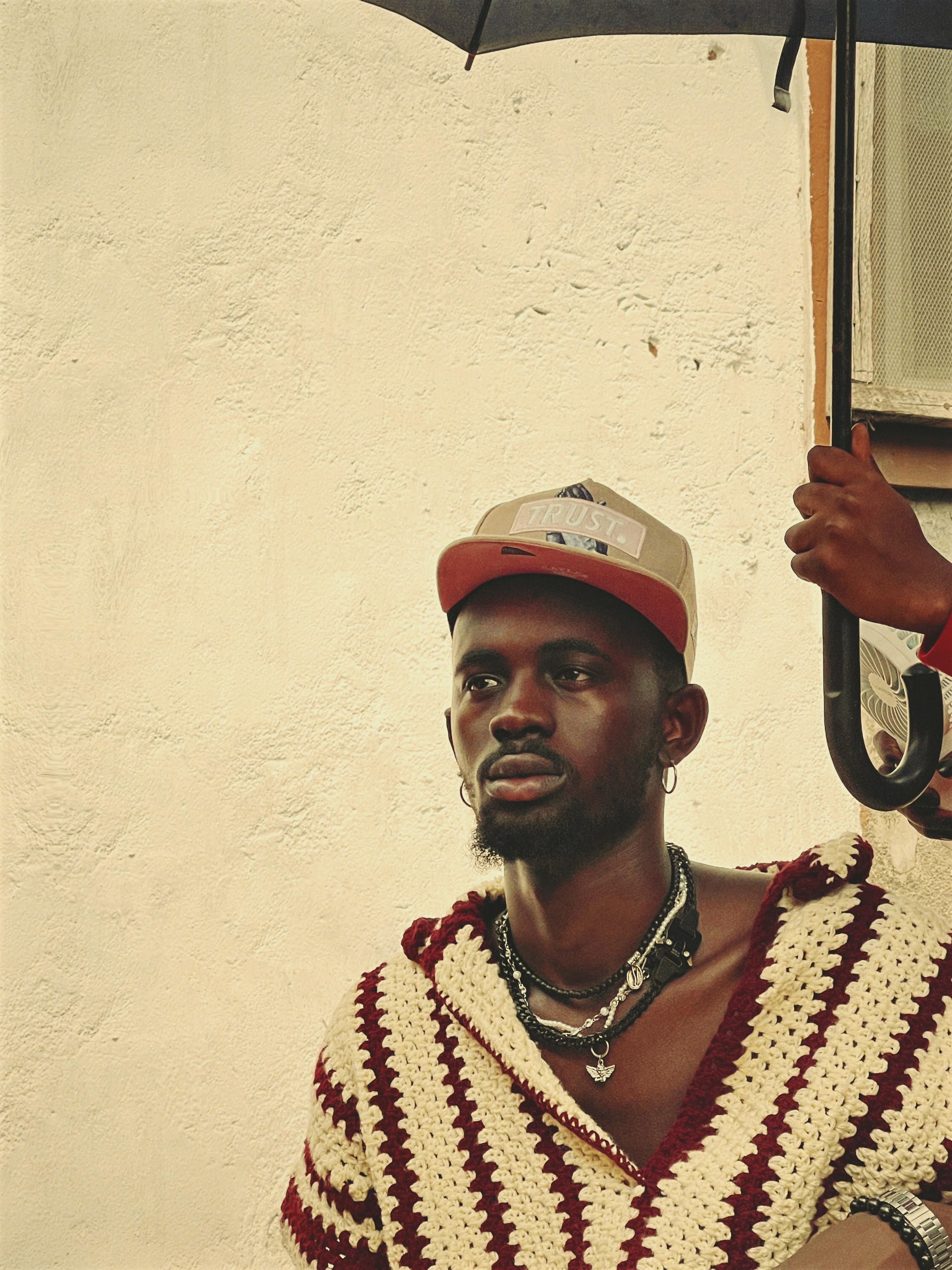